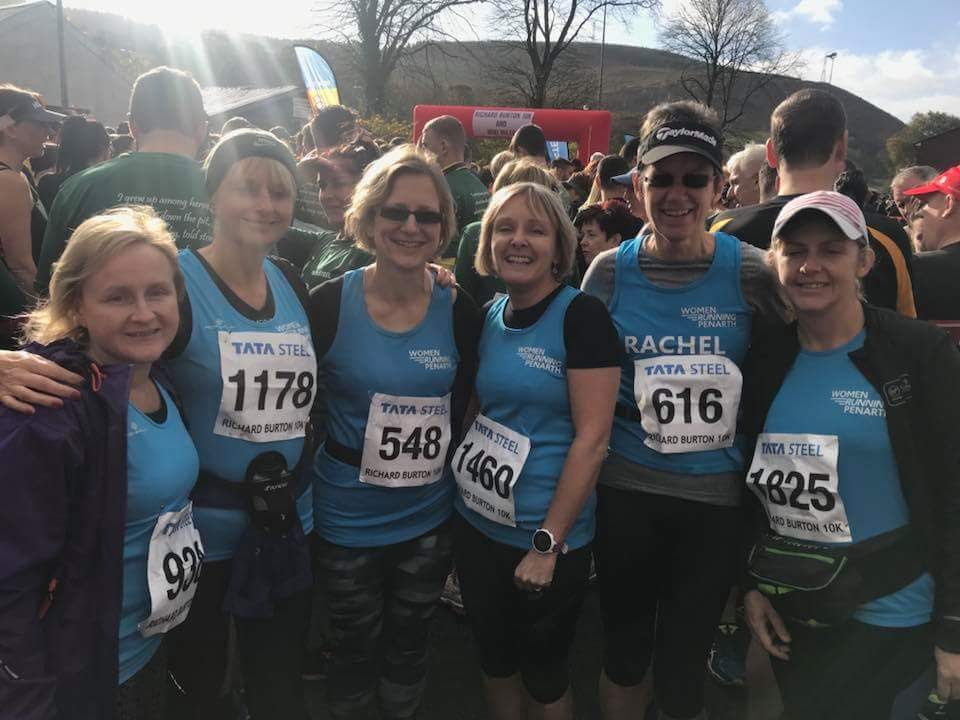 I had planned to write this blog at the end of December or the beginning of 2018, so failed on that one, but as I was marshalling at parkrun this morning I decided that I’d better get on and write it.

I do like to set goals every now and again and once I’ve said them out loud, in front of family and friends that’s it, I definitely have to commit to them. Which was how I found myself running a 10k every month last year.  Why would I do that? I have a slightly competitive streak, and when a friend had told me he and his sister were doing a race every month throughout 2016 – any race just as long as they got a medal, I decided that I would do a race every month in 2017, but make each one a 10k. 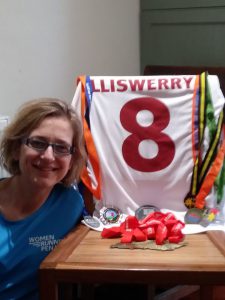 Alison with her medal haul.

I did actually enjoy it; every now and then I felt the pressure of having to find a race which was reasonably local, but by and large it was fun! Some races I ran on my own but in many of the others there were usually some fellow WRP’ers to join up with – always good for moral support and a laugh.  Finding the 4 Relish Tunnels races in Bath helped fill up the calendar, and possibly were some of my favourites. December was the most problematic as I had assumed that there would be loads of Christmas 10k’s to choose from – WRONG!   There were loads of Santa Races but they were all 5k’s and some of the local 10k’s had gone by the time I realised this!   I ended up being completely out of my comfort zone when I signed up for Cottrell Park’s Christmas Cracker 10k as it was mixed terrain…..in December! But with a fellow WRP runner and a great atmosphere it was a brilliant one with which to end 2017.

I haven’t gone mad this year – not signed up for much yet……the Whitchurch Race to Victory 5k, Porthkerry 5 (a bit worried about this one!!), Cardiff Half and Lanzarote Half (yayyyy…Winter sunshine).

One thing I have committed to doing this year, after feeling very guilty about only having done one last year, is to volunteer once a month at parkrun.  So far, I have managed it, so if anyone else out there fancies being a marshal, do it – it’s a great free event and couldn’t run without volunteers.

Now what else can I sign up for……….try for London Marathon?