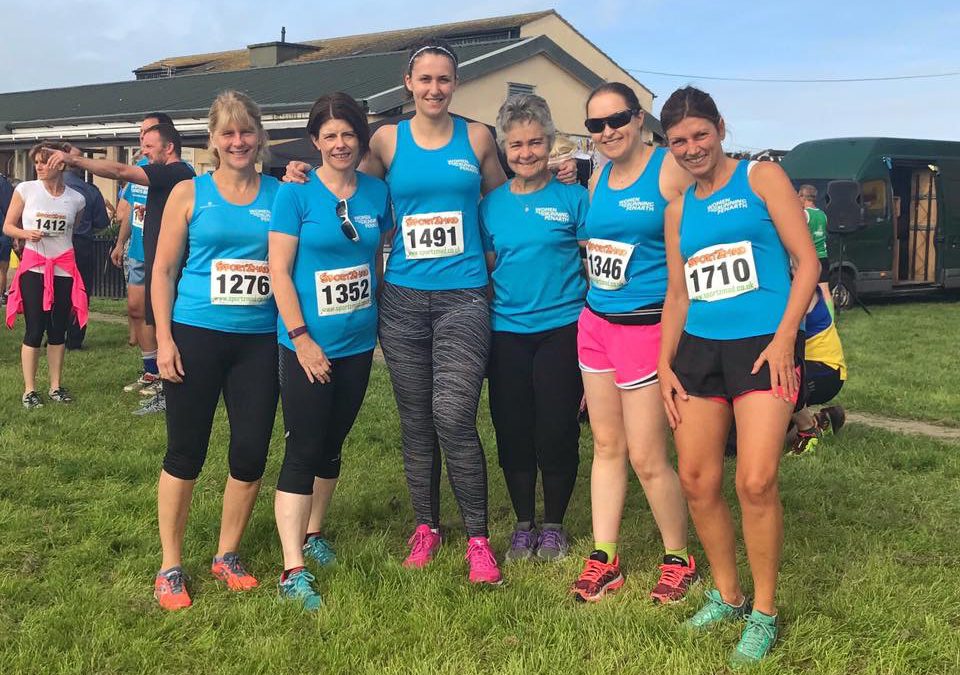 I’ve run in lots of races over different distances but I’d never actually run a 10k so Llantwit Major Trail 10k was to be my first! I didn’t quite know how to approach it and the advice given by Grace and Lynne of “not to go out too fast” was soon contradicted by Chris Nellins from Penarth & Dinas Runners who said “go out fast to avoid bottlenecks crossing stiles.” I secretly quite like the odd bottleneck in a run as it’s an excuse to catch your breath whilst pretending to be inconveniently held up. Both pieces of advice were correct as I went out fast, avoided bottlenecks, but at 3km was exhausted and realised that I needed to slow up a little if I was going to go the distance. By 5km I had recovered from my initial enthusiasm and was glad to have passed halfway.

The course itself was stunning, with a steep uphill after about 800m we were soon out on the cliff top looking out across the Bristol Channel. I was amused by the fact that each kilometre was signposted with numbers stuck on to borrowed estate agents boards which gave the impression that half of Llantwit Major was for sale. It was a beautiful day, possibly a little too hot, but the views were lovely. From this point on it was mainly flat with a few gentle inclines. Water stations were at 3km and 6km which was perfectly adequate. The course was firm under foot and smooth with no real pot holes. There are a few stiles to climb over on the route but no tricky obstacles to worry about.

The pre and post race atmosphere at the event was great with street food stalls, ice cream, coffee, a bouncy slide for the kids and a bar for the grown ups. Registration was quick and easy and there was a baggage tent provided. The race started from the local rugby club which meant proper toilets, not the dreaded portaloos you get at most races. (Never underestimate the value of a decent loo on race day!). The race was set up after the premature death of a keen Llantwit runner and this gives it a real community feel – I’ve never run a race with such enthusiastic marshalls. As well as the 10k there was a 5k and a kids fun run, making this a good event for everyone. 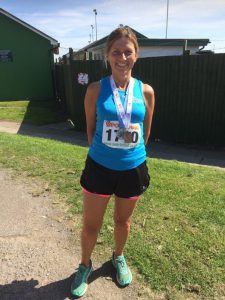 Jo and her Bronze Medal.

After we had all finished (Grace, Lynne, Karen Binfield, Kay, Donna and myself) we enjoyed a pint of cider in the sunshine to recover and chat about the race. I really enjoyed this race and will definitely be signing up again next year.

Editors note: this year’s Llantwit Major 10k was hosting the Welsh Athletics 10k Trail Championships. Jo has modestly omitted from her report that she won the Bronze medal in the Women Masters category. Fantastic work for her first ever 10k!